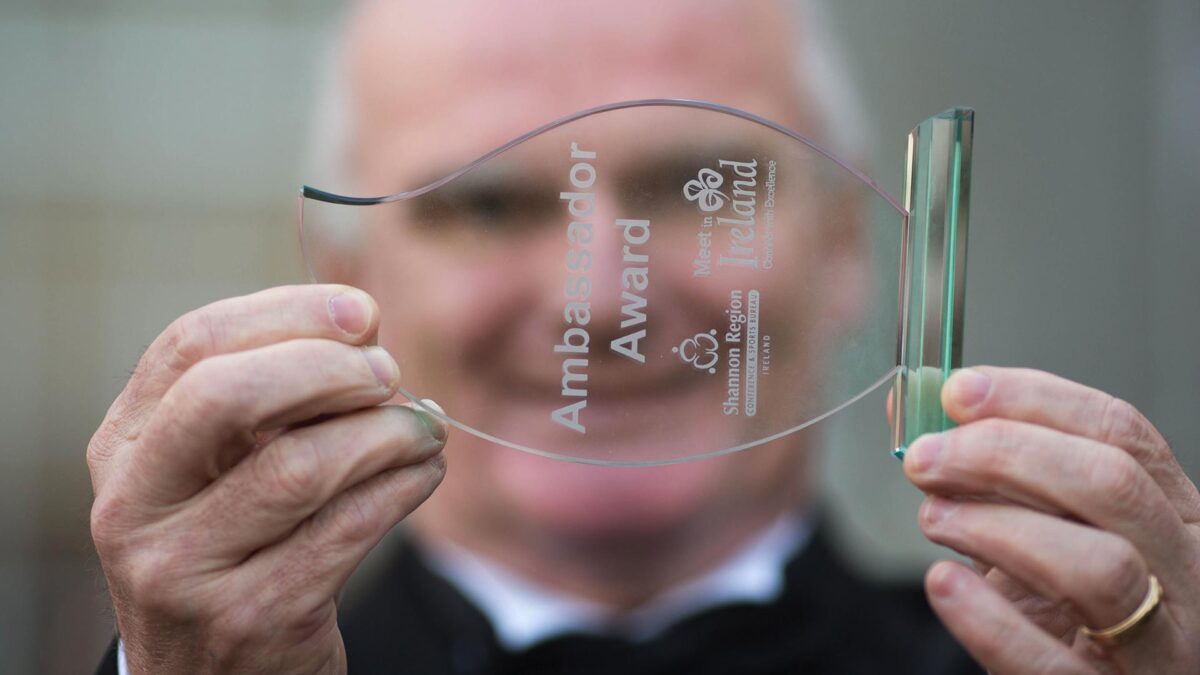 Behind every successful event in a new location, there’s often someone who championed the venue and rallied the resources to make it happen. In the case of the prestigious Institute of Electrical and Electronic Engineers (IEEE), that person was Professor Elfed Lewis.

The IEEE is the largest technical professional organisation in the world with the goal of advancing technology. In 2011, it took its Sensors Conference to Limerick, bringing close to 600 delegates from 42 countries. In 2017, the organisation held its second Sensors Council Summer School at the same venue.

Lots of work goes into the selection process for a conference or meeting venue. In the case of the 2011 IEEE Sensors Conference, the bid journey began six years previously in 2005. That process involved conducting site visits, travelling around the world to pitch the Shannon Region bid, and then marketing the event itself. Sometimes, ambassadors get involved in putting together the promotional material, and attend a related event or the preceding conference a year or two years in advance.

For more than a decade, Professor Lewis has been a Shannon Region Ambassador. In 2015, he was recognised for his work with the ambassador of the year award. His association with the area dates back further still to 1997, when he established the Optical Fibre Sensors Research Centre (OFSRC) at the University of Limerick’s Department of Electronic and Computer Engineering.

More recently, Professor Elfed Lewis led the winning bid to attract the WF-IoT to Limerick in April 2019, in partnership with Meet in Ireland, University of Limerick and the Shannon Region Conference and Sports bureau. He has also bid for conferences from Korea, Singapore, The USA and Europe to choose Limerick as a host city in years to come.

Professor Lewis’ standing in the IEEE community helps to raise Limerick’s profile as a potential host venue. The University’s profile and reputation for progressive research also helps to strengthen the case, having previously held successful conferences and meetings. What’s more, the wealth of hotel and venue choices in the region, and the proximity of Shannon Airport, all helped to underpin a successful bid.

Chris Dyer of Conference Catalysts, a professional events organiser that works with IEEE, praised the venue and surrounding region. “A number of IEEE conferences have been held at the University of Limerick in Limerick between 2011 and 2018. Ireland was an outstanding success,” he said.

He also paid tribute to the event sponsors including Shannon Region Conference and Sports Bureau, Fáilte Ireland and Science Foundation Ireland. That support enabled the organisers to provide unique social dinner excursions to Thomond Park, Knappogue Castle and Bunratty Castle, giving delegates an authentic experience of the local culture. Chris added: “We received countless comments about how much the attendees enjoyed their overall experience in Limerick and how welcoming and hospitable all of the locals were. We were truly grateful to have the chance to hold IEEE Conferences in Limerick and we will advocate for other groups we work with to bring their conferences to Limerick in the future.”